Just like many other insects, the termite is reproduced through the laying and hatching of eggs. Unlike the typical male/female dynamic that we, as humans, know, the queen of the termite colony can become impregnated with eggs from multiple colony members just so that the society is kept going. In other words, termites aren’t monogamous. 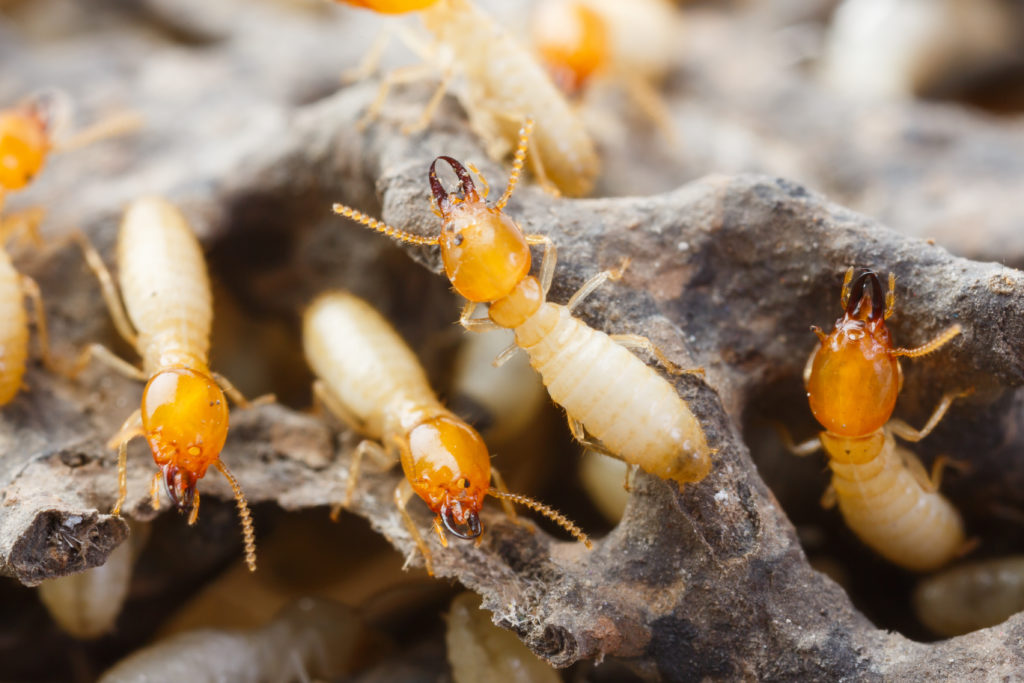 At maturity, a queen termite can lay several thousands of eggs each and every day. In some species of termites, the queen will actually be able to add an extra set of ovaries that will produce even more eggs resulting in an enlarged abdomen along with increased fecundity which is the ability to make more eggs and produce more offspring. Just as with humans, queen termites will increase in size to almost one hundred times of her regular size. During the time of pregnancy when the female termite is full of eggs, she is effectively immobilized – as is to be expected.

What is slightly humorous about the pregnant queen termite is that while she is immobilized, she has to utilize the “manpower” of the worker termites to move her. In fact, if she wishes to move from one place to another, it can take hundreds of worker termites just to move her a few inches. The good news for those worker termites is that their reward is a juice that is secreted from the queen’s posterior. That’s right, they are rewarded with a juice that the queen termite gives them to drink which revitalizes them and gives them something to look forward to.

Unfortunately, termite eggs are produced at an alarming rate and one or two termites can reproduce into hundreds and hundreds within a few days of time. At that point, those termite eggs start to grow and then begin their destruction on your structures and/or crops.